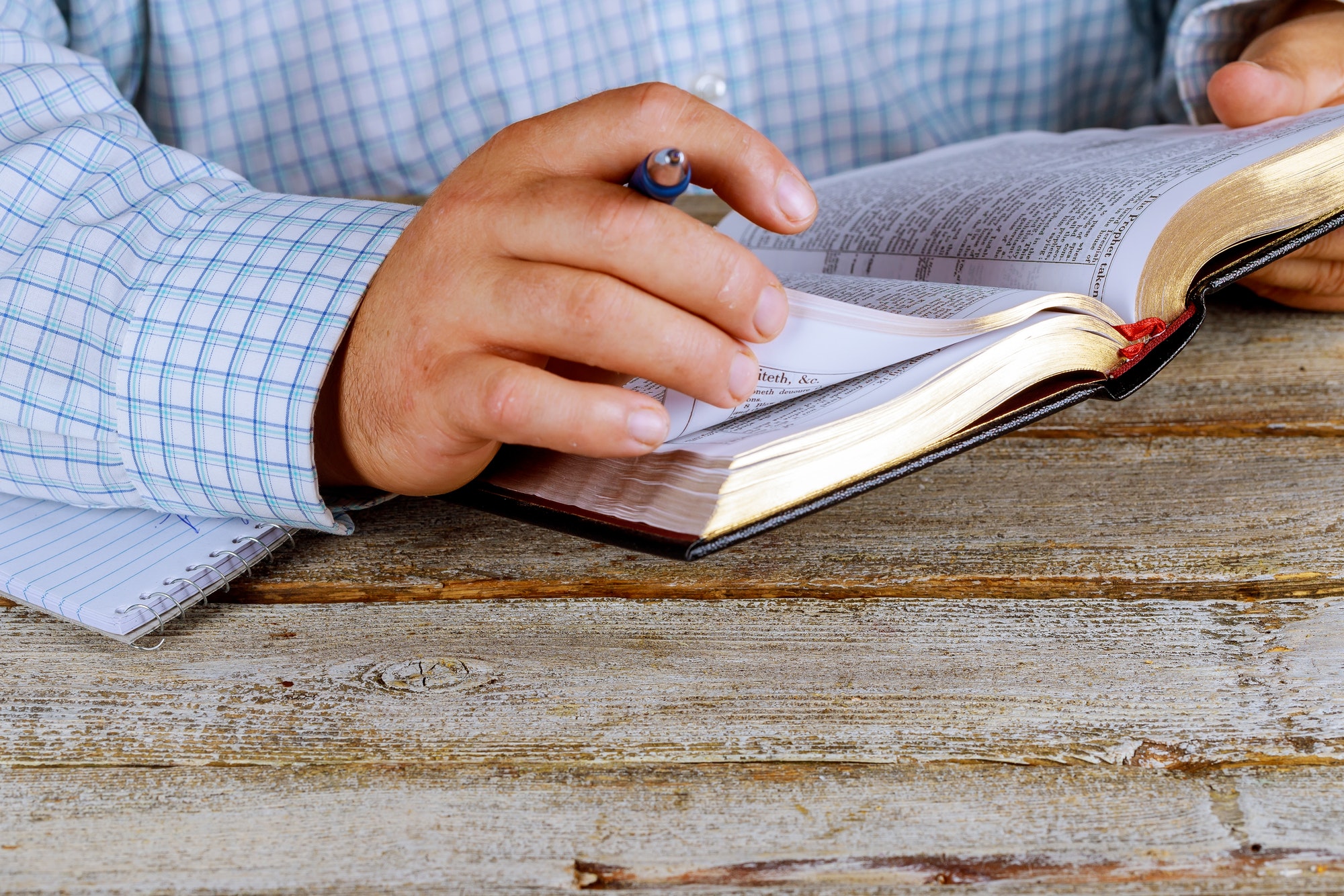 Men search for the nobles, the able and the intelligent but God calls the broken and the foolish, who by divine power He makes wise. Men look for orators, but His divine power is for oracles of God who are inspired, enabled and empowered as messengers and counselors who are to fulfil God’s divine agenda and express the heart of God in every generation.   Men look for achievers, but God is calling followers to fellowship with Him, who will be envisioned to build according to his pattern but are empowered and sent forth to do greater works for His Kingdom.

Men look for those whose confident is in themselves, their skills, professions, those who can boast in their attainment but God’s call is for those whose confidence is not in the flesh but in God, men who know their God and can be divinely enabled to do greater works, men who fear God and tremble at his word, those who are willing and obedient to do the mundane so that God can show forth his marvelous works.  Why?  “It seems foolish to the Jews because they want a sign from heaven as proof that what is preached is true; and it is foolish to the Gentiles because they believe only what agrees with their philosophy and seems wise to them.  So when we preach about Christ dying to save them, the Jews are offended and the Gentiles say it’s all nonsense.  But God has opened the eyes of those called to salvation, both Jews and Gentiles, to see that Christ is the mighty power of God to save them; Christ himself is the center of God’s wise plan for their salvation. This so-called “foolish” plan of God is far wiser than the wisest plan of the wisest man, and God in his weakness—Christ dying on the cross—is far stronger than any man. Notice among yourselves, dear brothers, that few of you who follow Christ have big names or power or wealth. Instead, God has deliberately chosen to use ideas the world considers foolish and of little worth in order to shame those people considered by the world as wise and great.” [1 Cor 1:25-27TLB]

He is still in search today for the sinners that they might be converted to saints, for when we were yet sinners Christ died for the ungodly. He is in search for the sick that they may become the healed, because He was wounded for our transgression, He was bruised for our iniquities and the chastisement of our peace was upon him and by his stripes we were healed.   He is in search of the poor that they may become the rich, for He was made poor so that through his poverty we might become rich, He is looking for the weak who will be made strong for his strength is made perfect in our weaknesses.  So also, is He looking for the lame that they might walk for his power quickens the feet of the lame, and the blind that they might see? He is looking for the oppressed, afflicted or harassed and intimidated for in our affliction He was afflicted.

“We despised him and rejected him—a man of sorrows, acquainted with bitterest grief. We turned our backs on him and looked the other way when he went by. He was despised, and we didn’t care. Yet it was our grief he bore, our sorrows that weighed him down. And we thought his troubles were a punishment from God, for his own sins!”.  [Isa 53: 3-4 TLB].

Today, if you are dejected, rejected, neglected or abandoned, the call is extended to you.  You can come to “Christ, who is the living Foundation of Rock upon which God builds; though men have spurned him, he is very precious to God who has chosen him above all others. And now you have become living building-stones for God’s use in building his house. What’s more, you are his holy priests; so come to him—you who are acceptable to him because of Jesus Christ —and offer to God those things that please him.” [1 Pet 2:4-5 TLB].

Most men today desire to walk in some kind of authority and have power to achieve results, attain their goals, succeed in their endeavours or prevail over obstacles and become master of their circumstances. In their quest for authority and power they have sought after diviners, sorcerers, the occult, eastern religion, magicians, astrologers, palm readers, tarot card readers, necromancers, to mention a few.  A step in the wrong direction! had encaged the nobles, the rich, the poor, the influential and men of substance in our society to become victims of shrine, occult, and whoredoms. There consultants had become blind men leading the blind, men who were influenced by darkness, are working in hostility against God, who is the source of life and custodian of all power.

“God has said it many times, that power belongs to him (and also, O Lord, steadfast love belongs to you). He rewards each one of us according to what our works deserve” [Psalm 62:11-12 TLB].

“The heathen worship idols of gold and silver made by men—idols with speechless mouths, sightless eyes, and ears that cannot hear; they cannot even breathe. Those who make them become like them! And so, do all who trust in them!” [Psalm 135:15-18 TLB]

Why, because of lack of understanding that God created man for dominion (Psalm 8:3-9), and He has made his divine power available through His son Jesus Christ who is the epitome of divine power and wisdom of God to those who believe, irrespective of age, cultural background, gender, race or professional and employment status (1 Corinthian 1:24).

It is important to note that the divine power of God is for doing the good and greater works, i.e. solving problems, making positive impact in the lives of men, and in our society.  Every Believer has been assigned and commissioned to witness and proclaim the resurrected Christ to those who are yet to know him and experience the same unfeigned love that we have found in Christ.   Divine power of God is not for show, neither is it for promoting self, it is given to serve the purpose of God on earth, regardless of your platform of operation.

Jesus is our example: “And you no doubt know that Jesus of Nazareth was anointed by God with the Holy Spirit and with power, and he went around doing good and healing all who were possessed by demons, for God was with him” [Acts 10:38 TLB].

Beloved, the wait is over; you can be free from the shackles of the seducing enemy under the disguise of gaining illegitimate power, because the price for your freedom has been paid, you can be empowered by God, such that the divine power of God might be demonstrated in and through you for Supernatural Exploits, provided you become a child of God

“The one who practices sin [separating himself from God, and offending Him by acts of disobedience, indifference, or rebellion] is of the devil [and takes his inner character and moral values from him, not God]; for the devil has sinned and violated God’s law from the beginning. The Son of God appeared for this purpose, to destroy the works of the devil” [1 John 3:8 AMP].

Come as you are to Jesus and ‘embrace the open call’, it’s for everyone and anyone, receive God’s gift of Love through Christ, turn your back against sin, turn unto God and gain His divine power of sonship through Christ and be saved.

“But to all who received him, he gave the right to become children of God. All they needed to do was to trust him to save them.  All those who believe this are reborn! —not a physical rebirth resulting from human passion or plan—but from the will of God.  And Christ became a human being and lived here on earth among us and was full of loving forgiveness* and truth. And some of us have seen his glory*—the glory of the only Son of the heavenly Father!” [John 1:12-14 TLB]

“But you will receive power when the Holy Spirit has come upon you; and you shall be my witnesses both in Jerusalem, and in all Judea and Samaria, and even to the remotest part of the earth.” [Acts 1:8 KJV]

PrevPreviousTravel Light
NextSailing Without SinkingNext
We use cookies on our website to give you the most relevant experience by remembering your preferences and repeat visits. By clicking “Accept”, you consent to the use of ALL the cookies.
Cookie settingsACCEPT
Manage consent