Prevailing Through the Blood of Jesus 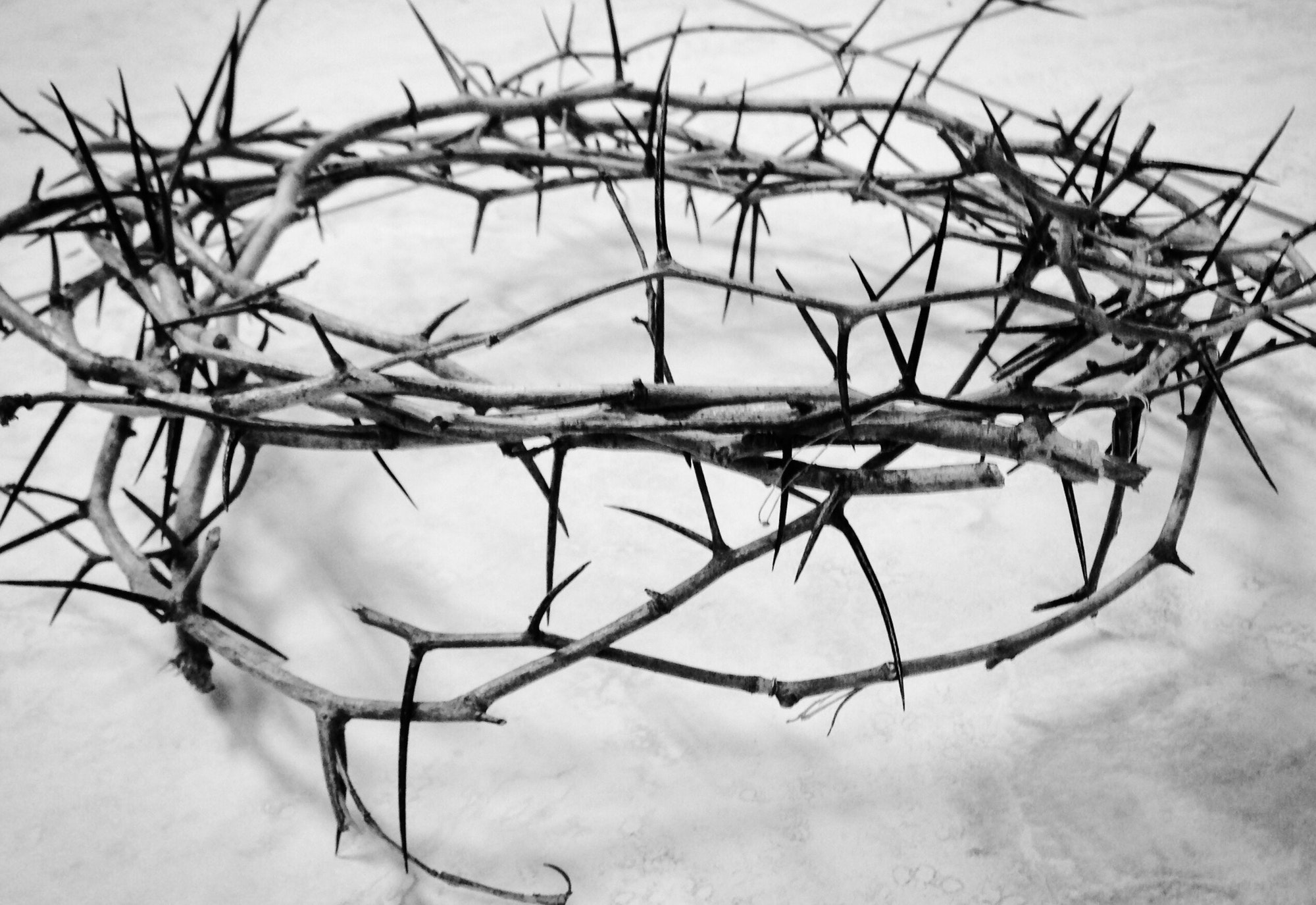 In the world history, it is evident that no nation sends out their armies to war against another nation without adequate training and the right weapons of war.  Regardless of the scale or magnitude of the war whether, they are tribal war in the nation or external war between the boundaries of nations.  The weapon of war in the hand of well-trained men, if well utilized becomes instruments of defense in their favor and victories against their adversaries in the battle.  Similarly, the best weapon in the hand of untrained men in many nations’ tribal or civil war may be abused due to lack of understanding of its usage and may be wrongly used not only against their opponents but against their colleagues.

As we are conversant with natural laws that there is no peace without war, it is important to note the parallel in the spiritual realm, that there is invisible battle to fight in order to gain access to what has been secured for every believer by Christ Jesus.  Hence we need to contend against the adversary in order to gain access to what is rightfully ours and obtain the great and precious promises of God’s word which are only possible as we enforce the victory of Calvary that propel us to the fulfillment of every prophetic word of God.

So, it is good to know that prophetic utterances will remain a promise that is void of its fulfillment until someone does something about it, that is fight for it.   Why?  For our adversary the devil knows that his time is very short, and he has continued to mount up an aggression against the inhabitant of the earth.  This is why we were admonished to be sober, be vigilant; because our adversary the devil, prowls around like a roaring lion, seeking someone to devour.  You and I must be shielded by the blood of Jesus in order not to be victims of the devourer. 1 Tim 1:18, Rev 12:12, 1 Pet 5:8.

How do I start engaging the Blood of Jesus as my instrument of victory?

Crucify the Enemy Within:

Christ our Passover Lamb had been sacrificed for us and we overcame the devil, by the blood of the lamb, the word of our testimony; and we do not love our life unto death. As our Saviour Jesus Christ demonstrated His love for the father and His commitment to him on the mount of Gethsemane, by submitting to the will of God above his own life, so must every believer commit to God in words and in our service.   It is time to engage the prevailing power of the blood of Jesus against the internal enemy of the flesh within us that is warring against the law of the spirit of life in Christ Jesus.  “For though we walk in the flesh, we do not war according to the flesh, for the weapons of our warfare are not of the flesh, but divinely powerful for the destruction of fortresses. We are destroying speculations and every lofty thing raised up against the knowledge of God, and we are taking every thought captive to the obedience of Christ”.  So we must submit ourselves to God completely and allow him to cleanse us from all unrighteousness, by the blood of Jesus before we can deal with the enemy without.   Rev 12:11, James 4:7-10, 2Cr 10:4-5

Overcome the Enemy Without:

To deal with the power that held the Israelites in bondage, hard labour and toiling with little or no reward for 430years in Egypt. God through His servant Moses wrought mighty miracles and demonstrated His power against their adversary (Pharaoh) in order to bring the Israelites out of the bondage of Egypt.   Pharaoh, contended with divine instruction delivered by Moses saying, “Let my people go, that they may serve Me”. God through the Rod of Aaron turned the water of Egypt into blood, smote the borders of Egypt with frogs (such that the rivers brought forth frogs that entered into the Kings palace, their bedrooms and in the house of all the servants of Pharaoh), the Egyptians were infested with lice, swarms and flies; their livestock were infected and deceased. Plague of boils broke out in their land, a heavy rain with thunder and hail stone such as they had never seen before, their crops were infested with locust and their land became engulfed with thick darkness as Moses stretched forth his hand to the heavens.  However, Pharaoh refused to let the Israelites go, until the last plague that was executed after the Passover lamb was sacrificed by each family. And the blood of the sacrificed lamb poured in the basin was used to strike the lintel at the top and the two side posts of the house of the Israelites.  This represented the cross upon which Christ was sacrificed.  The blood of Passover became a token of protection, security, deliverance and preservation for the Israelites such that when the angel of destruction passed through Egypt and killed the first born of Pharaoh, his servants and their livestock, God preserved the Israelites and they overcame destruction by the blood of the lamb that was placed on the lintel of their houses. Exo 7:19, 8:2-4, 8:16, 8:21, 9:3, 9:8-9, 9:18, 10:4-5, 10:21, 11:4-5.

Likewise, Jesus shed his blood on the cross of cavalry, not just for the atonement of our sin but to provide us with a powerful weapon to fight and prevail against the adversary of our faith (the devil) who contends with the spoken word of God in our lives.  The Bible presents us with the process that Jesus went through prior to his death on Gethsemane where he prayed with such an agony that the sweat of his body was like drops of blood.  They presented him to Pilate requesting for him to be crucified.  “The soldiers led Jesus away into the palace (that is, the Praetorium) and called together the whole company of soldiers. They put a purple robe on him, then twisted together a crown of thorns and set it on him. And they began to call out to him, Hail, king of the Jews! Again, and again they struck him on the head with a staff and spat on him. Falling on their knees, they paid homage to him. And when they had mocked him, they took off the purple robe and they put his own clothes on him. Then they led him out to crucify him”.  Jesus endured the pain, the shame, and humiliation, distress and so much agony on the cross to secure our salvation, redemption and total freedom from the power of darkness as he brought us into the kingdom of light.  Mark 14:32-41 & 15:1-40

Beloved, our warfare is not against flesh and blood (one and another) but against operations of darkness.  For our wrestling is “against principalities, against powers, against the rulers of darkness of this world, against spiritual wickedness in high places” that may have manifested or may be manifesting as spiritual serpents or spiritual scorpions, spirit spouse, consulters with necromancers (spirit of the dead), familiar spirits or wizards, and those who practice witchcraft and divination, enchantment, observers of times (Star gazers), that are oppressing, harassing and troubling our life and destiny.  Eph 6:10-18, Luke 10:19, Deut 30 18:10.

It is time to arise and engage our weapon of victory and deliverance by covering our habitation and pleading the blood of Jesus over our lives, our destinies, our family, children, businesses and our career.  This provides us with vindication, defense, protection, deliverance, restoration, healing, provision and access into what was secured for us in Christ Jesus.  At the same time the blood of Jesus serves as the believer’s weapon of judgement against our adversary as God vindicated the Israelites against the powers that held them bound under the yoke of hardship and tolling.   Having been redeemed by the blood of Jesus; we must engage our weapon rightly, ensuring that there is no residue of the enemy in our vessel and enforce the victory of Calvary against the enemy without rather than contracting our responsibility to others (Pastors, Bishops, prophets etc) to fight for us or on our behalf.  Are you ready?

PrevPreviousAttracting the Superficial or the Supernatural
NextAccessing Indescribable GloryNext
We use cookies on our website to give you the most relevant experience by remembering your preferences and repeat visits. By clicking “Accept”, you consent to the use of ALL the cookies.
Cookie settingsACCEPT
Manage consent